All Rested Up And Back To Work 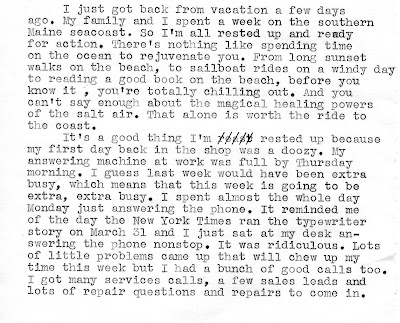 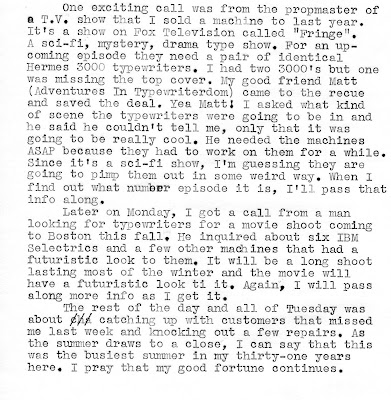 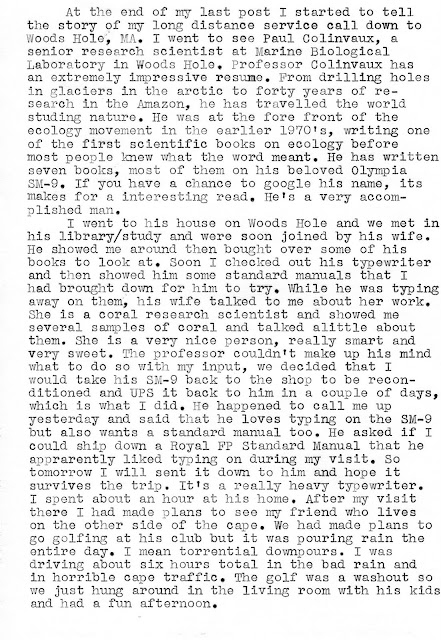 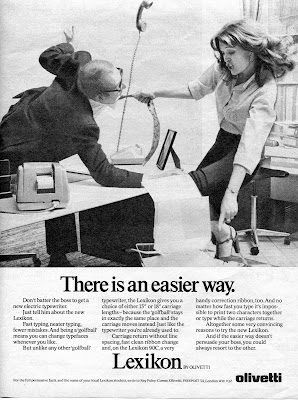 A friend wanted to change the platen on her Olympia SM-4 and I said I would post instructions on how to do it because I think it is a project most people can do. All you need are two screwdrivers ( one medium flathead and one small blade flathead) and a flashlight. So let's get right to it.
Let us do the left side first. Use the medium screwdriver to remove the left platen knob. The screw comes off, then pull the knob off. The second thing is to disengage the index detente. That is press down the chrome lever behind the left platen knob so that the platen rolls without clicking. 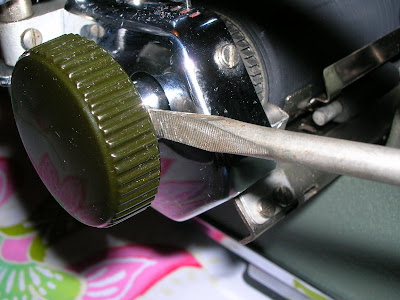 Now over to the right side. First, remove two screws from the carriage end cover ( the front and top screws). 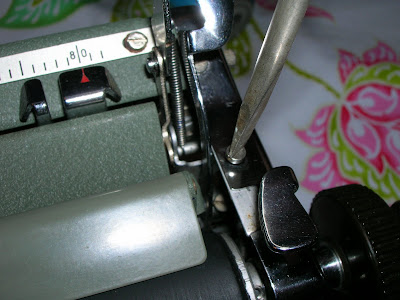 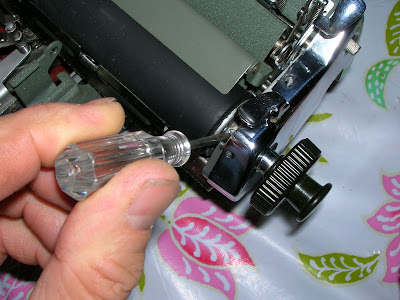 That's great, now grab the right platen knob and pull the shaft out all the way of the machine. Now lift the platen out of the machine. It's best to lift the right end first and twist and pull. Now we just do everything in reverse. Put the new platen in, left end in first and twist and jiggle it to make sure it's seated in the index mechanism securely. Now you must put the platen shaft back into the machine. This is really the only tricky part and it's where the flashlight comes in. There's a mechanism inside the platen that the platen shaft must pass through but it's hard to do blindly. So, put the platen shaft halfway through the platen, then have someone shine the light in the right end of the platen. You then have to look into the hole in the left end so you can see in the platen and then guide the shaft through and out the left end.
that may sound like a lot but it really isn't and only takes a few minutes. 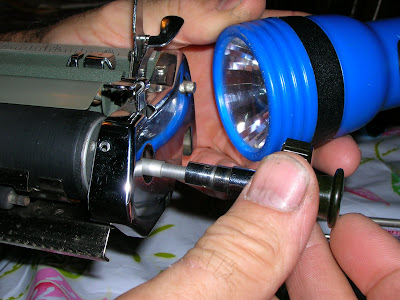 Twist and push the right platen knob so it is securely in place. Now slowly turn the right knob so the holes in the platen collar line up with the holes in the platen shaft. When they do, install the three small screws in the platen collar. If you can magnetize the tip of the screwdriver it makes life easier. Just rub a magnet on the tip of the blade and screws will stick to it. When that's done, reinstall the two screws in the right side carriage end cover. Lastly, reinstall the left platen knob and push the index detente lever up so the roller clicks when you turn it. That's it. As platen replacements go, this one is a 5 on a 10 scale. If very platen popped out as easy as a SCM machine, I'd be out of a job.


I finished fixing a customer repair this past week that was a lot of fun. It is a L.C. Smith & Bros. No.2 Standard Manual. It was in terrible shape with lots of rust , mechanical problems, no feet. This machine had the lowest serial number I've ever seen so I did some checking up on it. 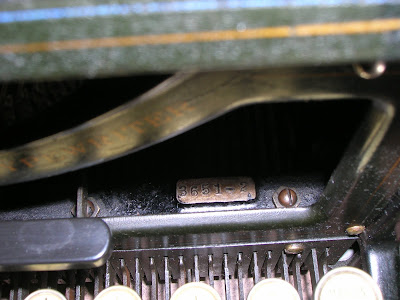 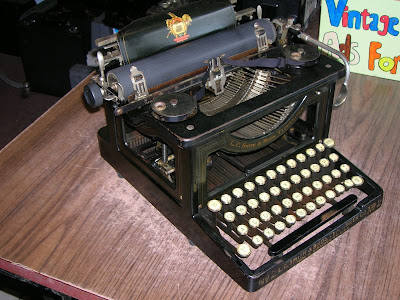 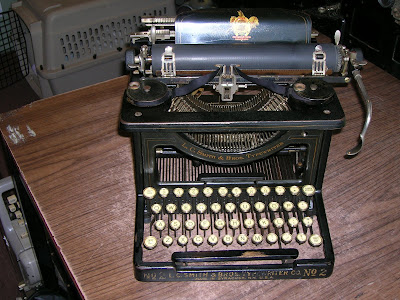 L.C. Smith & Bros. was founded in 1903 and in 1904 produced their first machine, the No.2. A year later they came out with the No.1, go figure. The serial number on this machine is 3651, meaning it was one of the first machines made by the company. The young owner and her mother were very excited about this. In order to repair the machine, I had to soak the machine several times over a couple of weeks. I then had to replace the drawband, repair the ribbon advance mechanism, make four new feet, replace the ribbon and polish the case and ta-dah! It works great. I could type at a pretty good clip. I was very happy with the way it came out.
I had an exciting day today (Sunday) when I went on a long distance service call to Woods Hole on Cape Cod. I'm sorry I don't have the time to tell the story now but will next week because elderly gentleman and his wife are fasinating people (scientists).
I really have to go now but thanks for checking it out. Everyone have a great week.
Posted by Tom Furrier at 7:04 PM 10 comments: